One Year Down, The Rest of My Life To Go…

It’s officially been 1 full year since the worst weekend of my life…I still can’t believe I said goodbye to my best friend forever. Sometimes, it still feels like time is standing still…most of the past year was a giant blur for me. But I made it through and I’m pushing forward with life because there really isn’t another option.

Saying the past year was hard is a huge understatement. I definitely faced problems I never thought I would. Saying goodbye to CJ was just the start of them. My entire world fell apart in the blink of an eye and I literally had to start over…with everything. I wasn’t only grieving the loss of my future husband and life, I was also extremely overwhelmed at the thought of rebuilding a new life.

CJ was 3 years older than me and we started dating when I was still in college. He had pretty much established his adult life. He had his own apartment, he had his own business, he did well for himself. So when I graduated, I pretty much jumped from my life with my parents to my life with him. I never took time to figure out who I was as an adult and I never had to do anything on my own or for myself. After he passed away, I would literally panic because I didn’t know how to be an adult by myself…I don’t know if that makes sense but I can’t think of a better way to phrase it…the thought of starting a new adult life, by myself, was stressful and overwhelming.

As difficult as this past year has been, I’ve definitely learned A LOT about what’s important in life. I feel like I’ve grown up a lot this past year and have a perspective on life that not many young adults have. Some of the biggest, most valuable things I’ve learned are:

Also, don’t pick stupid fights. I used to be great at getting irritated about stupid stuff that doesn’t matter at the end of the day. One big regret I have is not letting little things slide. Thank goodness CJ was so level headed and chill that he never got upset with me (although he easily could have.) But if you pick a fight, make sure it’s something worth fighting over because you could waste a perfectly good weekend of spending time with your love (or sibling, parent, etc.) that you’ll never get back.

2. Self medicating is not the answer. Get yourself out of a negative situation or negative environment before you think about self medicating. And when you think about it, just don’t do it. There are other (healthy) ways to get through hard times. It may mask the problem temporarily and you may seem okay temporarily, but it causes more problems than it solves…because it really doesn’t solve anything…it just hides the pain.

I’m going to get super real for a second…it all started for me when I was overwhelmed at my old job (because I only took a week off of work at a customer service job and I mentally could not handle it). What made things worse was the headquarters of the company I worked for moved across the parking lot from CJ’s apartment. I was miserable at work and I was sad all day looking out the window waiting for him to walk out of his apartment, even though I knew he never would. So I’d go to my car during breaks or lunch and self medicate to get through the day. Sometimes, I’d even walk across the parking lot and sit on a bench outside his bedroom window after self medicating. It took one (really) bad incident (outside of work) for me to realize how deep of a hole I’d dug for myself. I turned things around immediately but the 5 months I was digging my hole have become a complete blur…I should have left my old job a LOT sooner, so bottom line is remove yourself from a negative situation before things get bad and also get ACTUAL help…not the help of a bottle.

4. Don’t date until you’re ready!! I had hung out with guys in groups and I had gone out with an old friend as early as 3 months after CJ passed and it was all fine and I was fine. So over the summer, a guy I met through a girlfriend asked me out, so I thought I’d just go…what could it hurt? Well on this date, it was very apparent to me that I was NOT ready to date…back to the self medicating thing, I consumed a large amount of adult beverages, which is something I never do. I felt guilty and it almost felt like I was cheating on CJ by being out with someone else. The more I consumed, the less guilty I felt. I thought it was maybe a one time thing and I was just nervous getting back into dating…so I went out with the same guy another time and a similar thing happened. I just realized I completely wasn’t ready and I needed to focus on myself and getting myself in a better place before trying to involve anyone else in my life.

5. Self care is so important! It’s okay to say no, especially when you’re dealing with the worst life has to offer. After trying to date again, I took the next few months to focus completely on myself. I didn’t drink, if I wasn’t mentally okay to go hang out with friends, I would tell them just that. Real friends who truly care about you will completely understand so don’t feel bad saying no! I started dancing again after about a 5 month break, I stayed home if I was tired or just not in the mood to go out, I started working out…it feels so good! And by about October I decided to try and explore the dating world again in a much better and clearer state of mind. But at the end of the day, my main focus is myself, then my friends, family, and Miss Cammie (my dog). Then, if a great guy comes along that fits well into my life and accepts my eternal love for CJ, he can be third on my list 😉

6. Spend money on experiences, not more stuff. Experiences are where life happens. More stuff just accumulates and you can’t take it with you to the grave. So travel, go out with friends, go to concerts, games, whatever! Just experience life!

And speaking of money, don’t stress about saving so much. I know a lot of people have savings goals. But, just like all the stuff, you can’t take it with you. So if you have the choice of saving that extra $500 or spending it on a week at the beach with friends, choose the beach! (And disclaimer, I’m referring to extra money you put aside in a savings account to save…I’m not talking about living beyond your means and spending money you don’t have on experiences.)

7. Even when you’re angry at God, go to church. I was sooo angry at God right after CJ passed away…I felt like I had no one else to be angry at. Sometimes, I’m still angry at Him. But my church family was (and still is) sooo supportive of me. They were there for me from the day it happened and they still check on me. Some of them were at the service (even though they didn’t know him), they showered me with hugs, cards, and lots of support. My church family definitely made me feel loved at the worst time of my life. And also, there are 2 specific sermons that stick out in my head that were sooo relevant to my life and situation and I will never forget them. Isn’t it the best feeling when the most perfect sermon comes at exactly the right time? So friends…go to church! 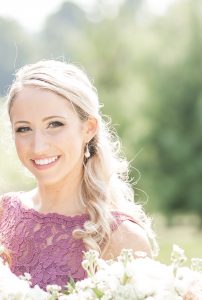